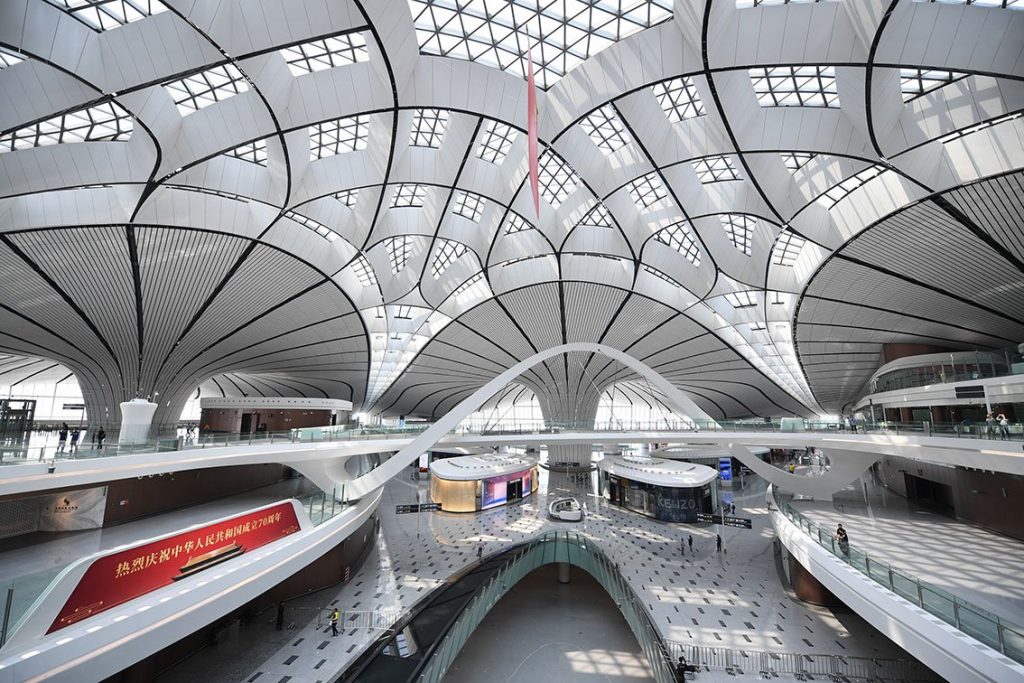 It is expected to become the worlds largest airport featuring 4 runways a gargantuan 700,000 square meter terminal area. Expectations are that the airport will handle 100 million passengers each year. 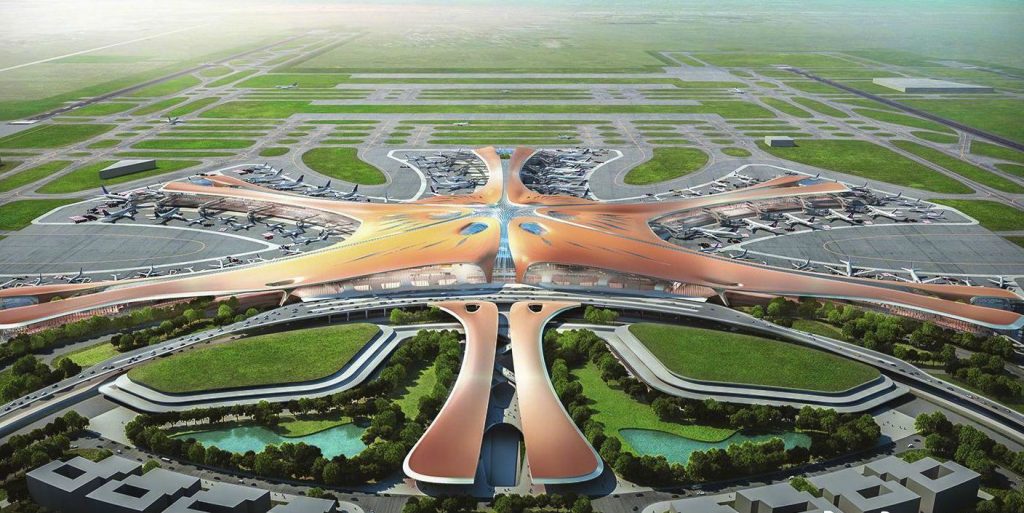 Beijing Daxing International Airport has a total investment of about 80 billion yuan. It will feature 4 runways and 700,000 square meters of terminals. The main building and the gallery are meeting the needs of 72 million and 45 million people respectively.

Beijing Daxing International Airport was opened by President Xi Jingping on the 25th September 2019 and saw its first commercial flight on the 26th September 2019. It is understood that China Eastern Airlines will invest 150 to 200 large-scale wide-body and narrow-body aircraft to operate here, opening links to the Americas, Europe, Australia, Japan, and South Korea, Southeast Asia, Hong Kong, Macao, and Taiwan too and from Daxing International.

WiFi: The airport will feature free WiFi coverage throughout, you can easily log in using your Chinese mobile number or show your passport at a service desk to receive login details.

Mobile Coverage: All major mainland mobile carriers will be supported at the airport and it will also be a key area for new 5G coverage. Sim cards will be available for sale onsite.

Chinese Garden: covers an area of ​​about 2,000 square meters and is located at the end of the international passenger arrival at the south-central corridor. The park has pavilions and pavilions, which showcase the characteristics of traditional Chinese architecture and aim to show the world the charm of traditional Chinese culture.

Left luggage: There will be several left luggage and baggage storage services.

Showers and change rooms: The public access toilet and bathroom facilities are comprehensive, and you cal also utilize the pay by the hour Aerotel hotel, and various lounges.

Comprehensive Service Building: This building will be divided into two parts. The northern part will be for hotels while the southern one which will be close to the terminal is for business and office.

Food and Beverage: there will be a large range of restaurants and options. Starbucks is expected to open 10 stores in the airport along with the usual fast food options inc. McDonald’s, KFC, Kungfu, Costa Coffee, Pizza Hut, Ajisen Ramen, and numerous local brands. Other cafes and restaurants include Blue Frog Bar & Grill (North American), Chee Kei (Asian noodle), Taoyuan Village (Chinese), Hungry Korean (Korean), and Saboten (Japanese). There is a food policy at the airport of “same price and same quality as the city” which if effective would be a welcome change.

Retail: There is a host of luxury brands names at the airport including a large Louis Vuitton store in the domestic terminal.

Currency Exchange: There are full-service banks in the airport and currency exchange services from leading international brands. There are also ATM’s that can offer multiple currencies.

Signage: All signage in the airport is at minimum dual language Chinese/English with all customer service staff having English skills.

From construction to completion 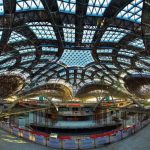 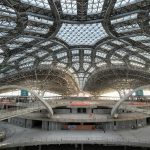 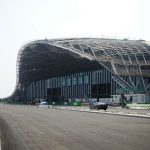 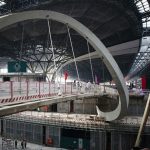 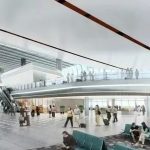 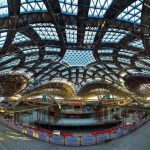 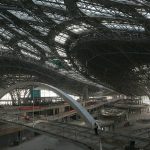 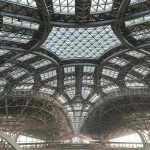 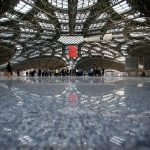 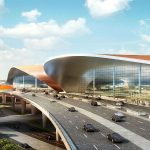 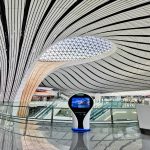 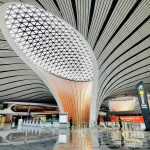 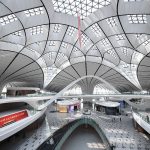 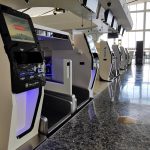 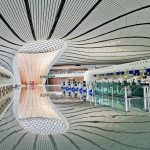 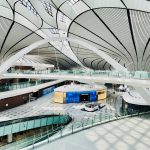 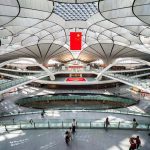 Getting to/from the airport

The airport is connected via a new subway line to the central area of Beijing at Cao Qing Station where you can connect to other subway lines, more here. It will be the fastest subway/metro line in China allowing passengers to transfer easily and reach the airport in under 20 minutes.

Other transfer options include six city bus routes, intercity bus lines, taxis, the High Speed Rail Station at the airport connecting you to other cities. More detail on all transport options here.

The airport will feature over 800 rooms at its onsite hotels. The first hotel to open inside the airport is Aerotel Beijing which is a pay by the hour. There are also nearby offsite hotels in Daxing (15 mins by taxi) such as JI Hotel Beijing Daxing Airport or in nearby Langfun (25 mins by taxi) with the pick being the Four Points by Sheraton. See more about hotels at Daxin Airport.

The airport will be a hub for SkyTeam alliance airlines and some Oneworld member airlines who will offer lounges for its business and first-class passengers. Travelers can also use the pay by the hour Aerotel hotel located inside the airport.

Visa on Arrival and TWOV at Daxing Airport

Foreigners from select countries can get TWOV (Transit Without Visa) at the airport on arrival. This offers 144hrs free travel in Beijing, Hebei, and Tianjin.

Beijing Daxing Airport layover tours – depending on your time between flights. If more than 5 hours you may consider a small tour of the city highlights such as Temple of Heaven, Tiananmen Square, and Jingshan Park where you can look over the Forbidden City. Longer layover times would allow for