In this guide, we’ll cover how to get from the new Daxing Airport to Beijing city by the Airport Express, HSR Train, Taxi, and Bus. Arrivals to the airport will find it very easy to navigate with clear signage to any of the several transfer options as we’ll outline below.

I will start with my personal preferred option when heading to the central area of Beijing which is the train, and then outline the other options which may suit you more depending on your final destination.

The Daxing Airport to Beijing West Station line is designed with airport travelers in mind having suitable luggage storage in each cabin. There are three classes of tickets being (with opening pricing which may change later)

You will need to show your passport to purchase a ticket. Tickets can also be purchased online and you can board/exit the train utilising QR code. You can purchase tickets and board this train from the Daxing Transportation Center of the airport in the basement levels.

At Beijing West Station you can connect to taxi services, public buses, and Line 7 and Line 9 of the Beijing Subway.

For train buffs, it uses Fuxing trains which are capable of 250 km/h on this line. The rail line has two sections, Beijing West Railway Station to Daxing Airport, and also Daxing Airport to Bazhou, and finally Xiong’an. The airport to Xiong’an section is expected to be completed in 2020.

The inset on the map below is zoomed out to show Daxing Airport in relation to the central area (Palace Museum/Wangfujing St/Temple of Heaven etc), Beijing West station, and Caoqiao Station for the Airport Express which I’ll mention next. 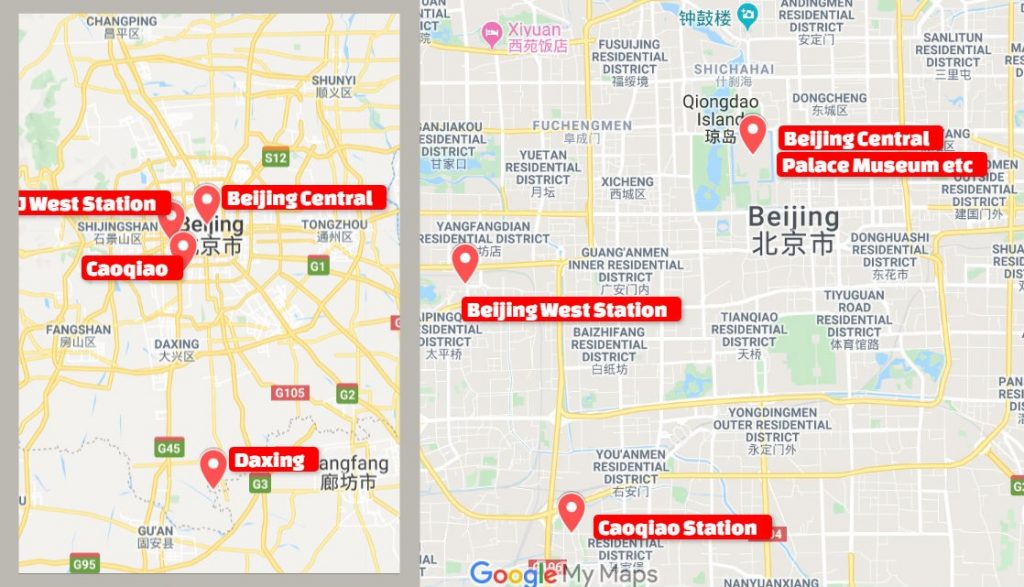 The Daxing Airport Express is a subway line connects the new Beijing Daxing International Airport (PKX) to the urban area of Beijing. The airport station is located in the basement levels of the airport and is very easy to transfer to and from. For train buffs, it is a driverless automated train and travels at 160 km/h using CRH6 train units. 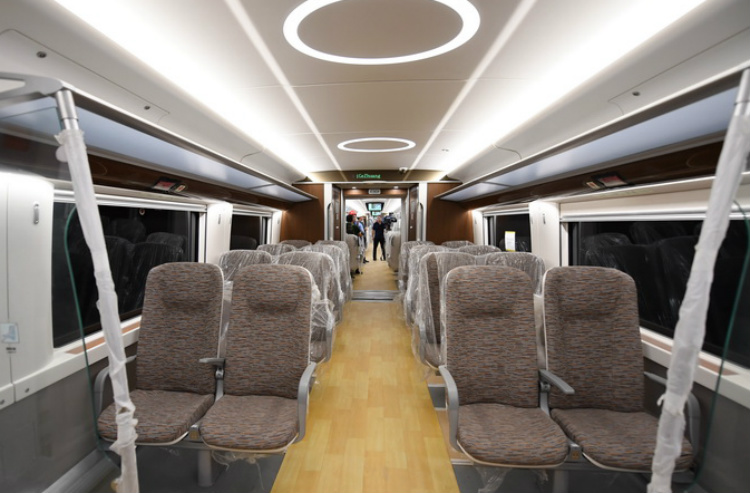 Tickets prices on the line range from 10 to 35 RMB depending on destination and class. There are 2nd class (pictured) and first-class seating options and luggage bays in each carriage. You will be able to pay via APP or Yikatong card.

Initially, the line will have three stations: 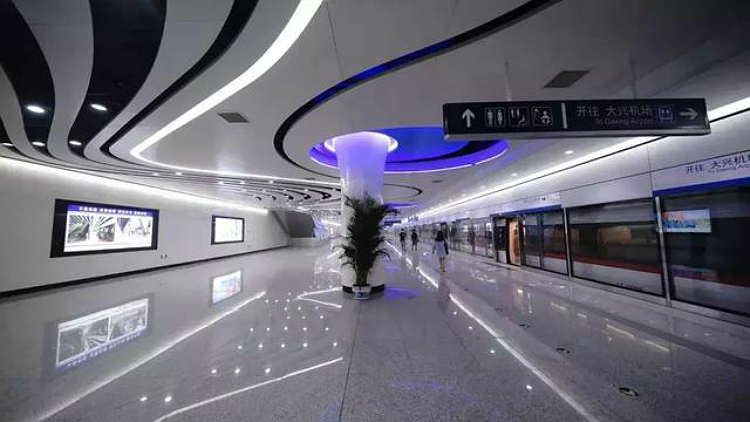 If you are heading to the central Beijing area you can take the Daxing Airport Express from B2 level of the airport to Cao Qiao Station where you can transfer to Line 10, Line 11 or Line 19 and continue to your destination.

click for a larger image of complete Beijing Subway network 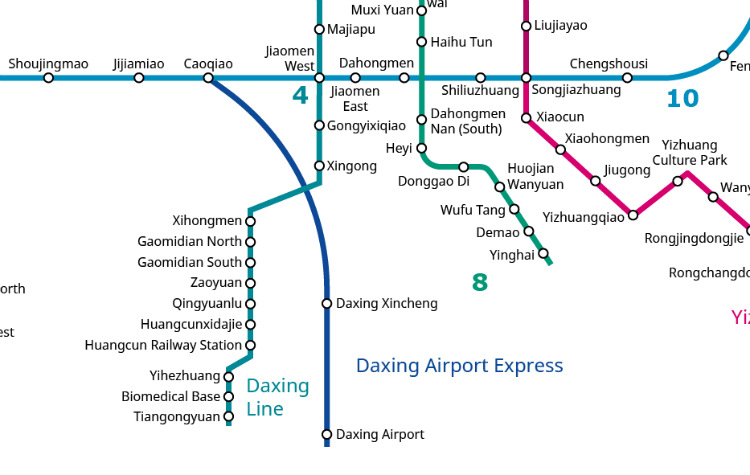 See our complete guide to the Beijing Subway

In addition, Line 20 of the Beijing Subway is planned to terminate at the new airport.

There are six lines the run between downtown Beijing and Daxing Airport.

Line 1 and Line 6 terminate in the central area of Beijing with easy connections to the subway. Journey time is around 120 mins.

It may be worth considering the convenience of bus line 1 over the subway if you are heading to the central area especially if you have large luggage. It really depends on your hotel location/destination as to which method will be most convenient.

Will connect Langfang, Yizhuang, Beijing Sub-administrative Center in Tongzhou District and Beijing Capital International Airport to the new airport. Phase I of the intercity railway connector (New Airport to Langfang East railway station) is under construction.

Currently under construction. Intercity buses are available for travel between the airport and Tianjin.