A one-page guide to the new High Speed Rail services between Beijing and Xi’an and classic overnight trains.

There are approximately 16 fast train services departing Beijing West Railway Station daily which terminate at Xi’an North Railway Station. These are G series trains which are designed to travel between of 200 to 350 kph (124 to 217 mph) and the Chinese name for these trains is 高铁(gāo tiě).

The fast train route follows the Beijing–Guangzhou line to Zhengzhou where it then continues on the Zhengzhou–Xi’an to its final destination.

The fastest service is the G17 which takes around 4h 18m with the slowest of the fast trains taking just over 6h.

All the trains are the new modern G series trains and onboard you will find hot and cold water fountains, toilets at the end of every carriage with washbasin and mirror, in the barrier-free washrooms you will find a diaper changing tables. Power sockets are available at every seat although second class seats only have one socket per row on each side so you need to share.

There is a food stall with limited seating but no traditional dining car on these trains meaning you eat at your seat. Train staff pass by with trolleys at regular intervals offering tea, coffee, sodas, water, processed snacks, and there are also fresh pre-made meals available for order from the staff or by wandering to the food stall which is usually located on carriage 5. You can also take your own snacks and drinks as many do.

WiFi is being installed on all high speed rail trains but may not yet be available on this route. I suggest buying a mobile sim card noting that there will be patchy service in places along the way. 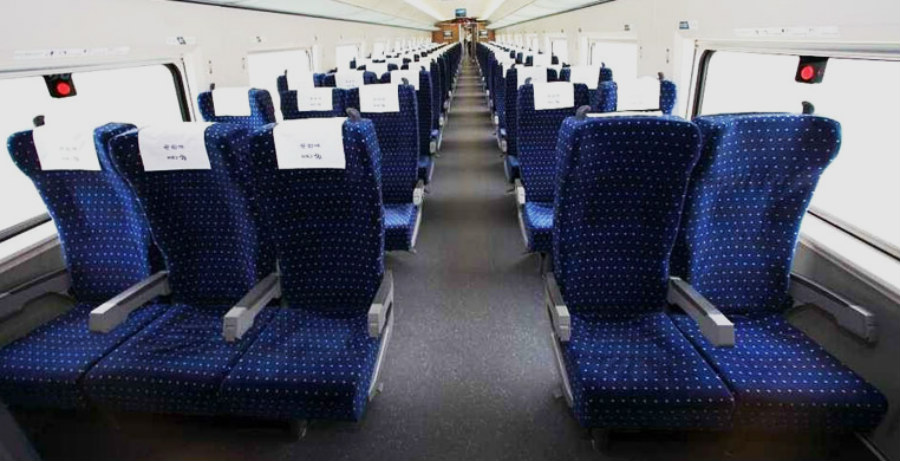 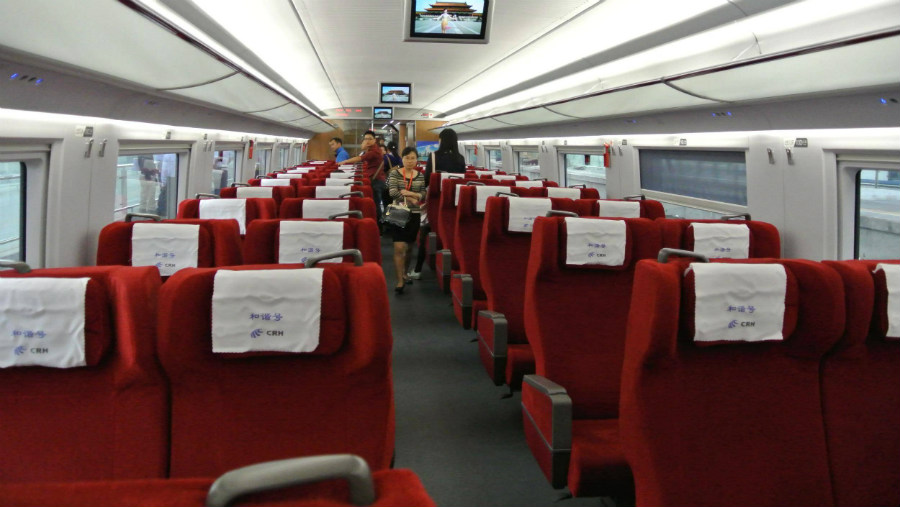 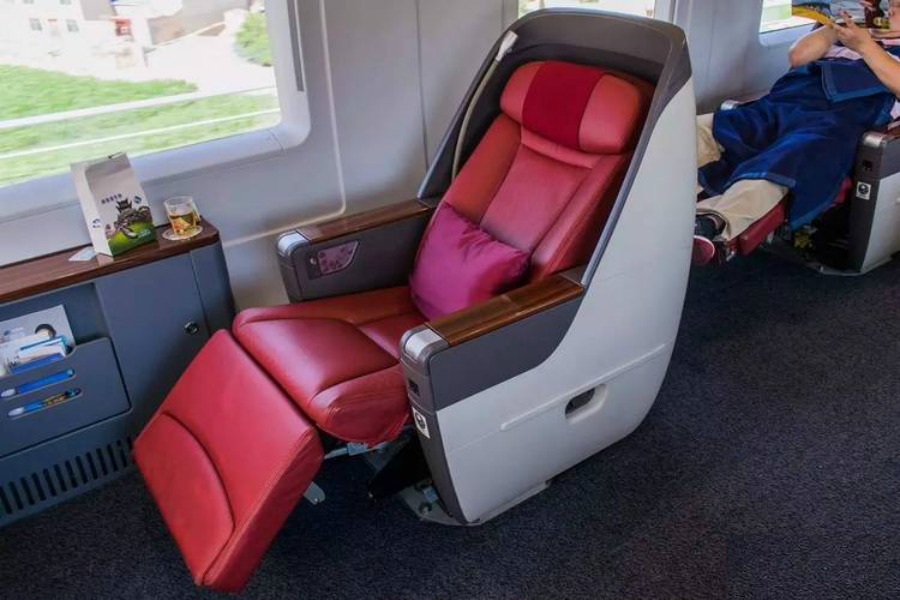 There are several overnight trains that run between Beijing and Xi’an. Currently, these are the older style trains of the type K, T, and Z. There are nine services whose journey time ranges between almost 12h 15 hours.

On all of these trains, there is the option of Hard Seat, Hard Sleeper, and Soft Sleeper. The Z train also offers a Deluxe Sleeper option and it is also the fastest overnight service at 11h 42m. All trains have a dining car onboard with seating. They serve pre-prepared fresh meals, snacks, and tea, coffee, water, and soda.

Soft sleeper cabins have four bunk beds and the beds are ticketed separately, so, you will be sharing the cabin with others. There is one power socket per cabin. Each bed has its own personal reading light and TV (Chinese channels). Soft Sleeper carriages have a wash basin and mirror, squat and sometimes western-style toilets at the end of the carriage. 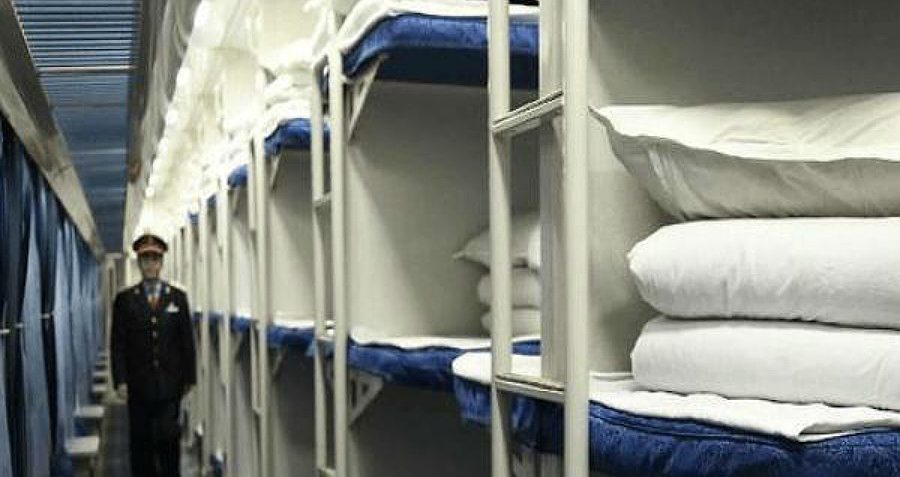 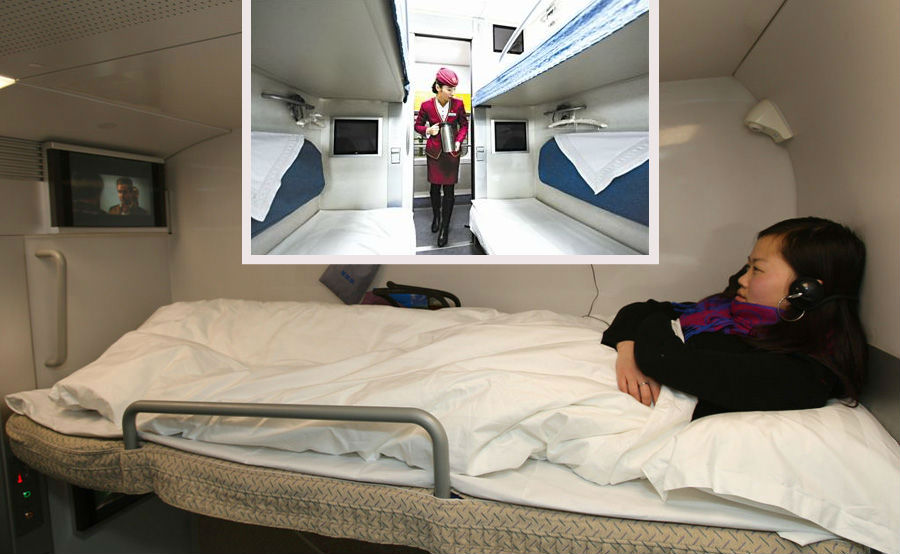 Sometime in the near future, I would expect these older sleeper trains to be phased out and replaced by the new high speed CRH2E similar to which is in operation between Beijing and Shanghai.

Getting to Beijing West Railway Station

Via Taxi: about 20 minutes from the central area (35 RMB) show the driver 北京西站

Getting from Xi’an North Railway Station

Via Metro: Simply take Xian Metro Line 2 according to your destination.

Via Taxi: a taxi to the city center (near the Drum Tower) would take around 40 mins and cost around 44 RMB.

Station Names in Chinese and addresses

You purchase your ticket online up to 60 days in advance and then pick the tickets up at your departing station by showing your original passport/s. Most online ticket sellers add a small fee, a popular choice is trip.com/trains/.

You can also buy tickets at any train station.

There are also hundreds of ticket offices located across Beijing where you can take your passport, or a photocopy, and purchase tickets. There is a fee of 5 RMB.

The Chinese name for train ticket office is 火车票代售点 (Huǒchē piào dài shòu diǎn). Here is a link to a Baidu map of those selling points Map of Train Ticket offices in Beijing.