Beijing Nanyuan Airport, built in 1910, is located in Fengtai District, Beijing, and is the first airport in Chinese history. The airport is now a military-civilian joint airport, open only to China United Airlines and China Eastern Airlines, and is also the main operating base of China United Airlines. Beijing Nanyuan Airport is 3 km from the urban area (South Fourth Ring Road) and 13 km from Tiananmen Square.

Getting to and from the airport

2) Get off at Qianmen Station of Metro Line 2, take the BRT to Sanyingmen and get off at 501 bus to Nanyuan Airport Station; 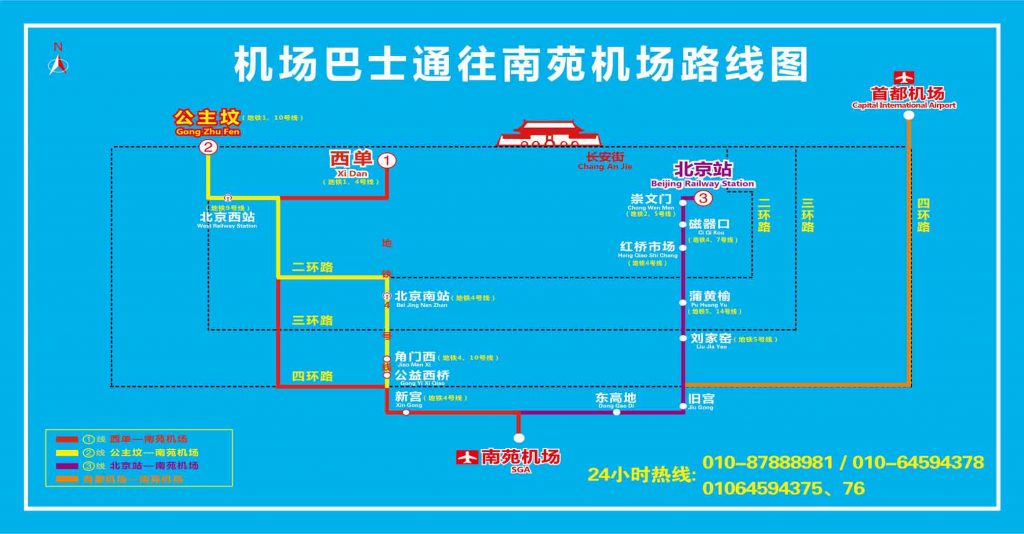 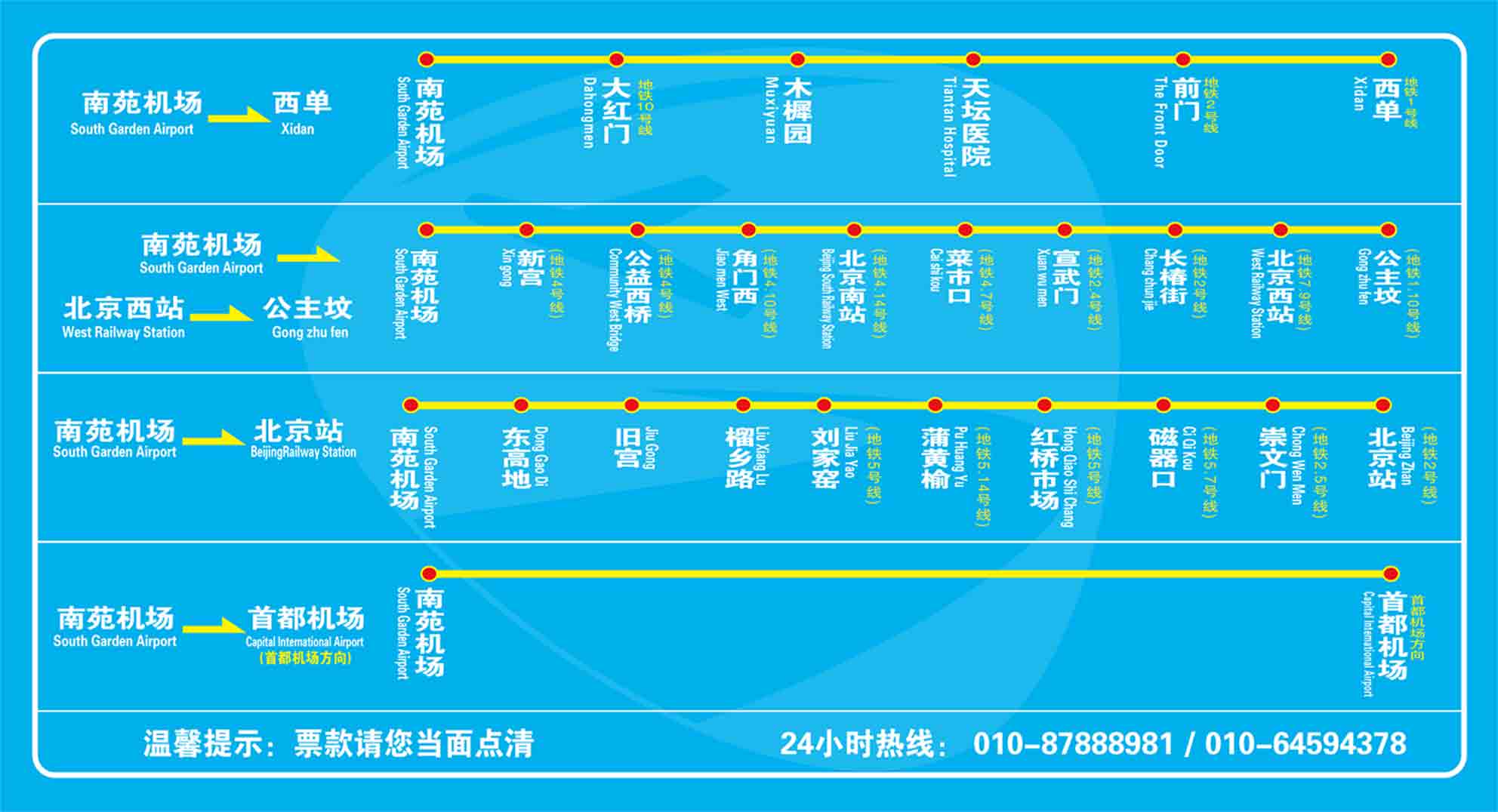