Peking opera has a history of over 200 years. It can be dated back to the 55th year of the reign of Emperor Qianlong of the Qing Dynasty(1790). Beijing Opera contains a number of drama actions, including singing, dancing, dialogue and fighting to tell a story or present different characters and their feelings of happiness, anger, sorrow, surprise, fear and sadness.

The special thing is that you will always find that some female characters are played by male people, who can try to act like a real female and can’t be seen any any difference from the female. They can even speak like a female, which is quite amazing!

In Peking opera there are four main roles: sheng (male) dan (young female), jing( painted face,male), and chou (clown, male or female). The characters may be loyal or treacherous, beautiful or ugly, good or bad, their images being vividly presented. 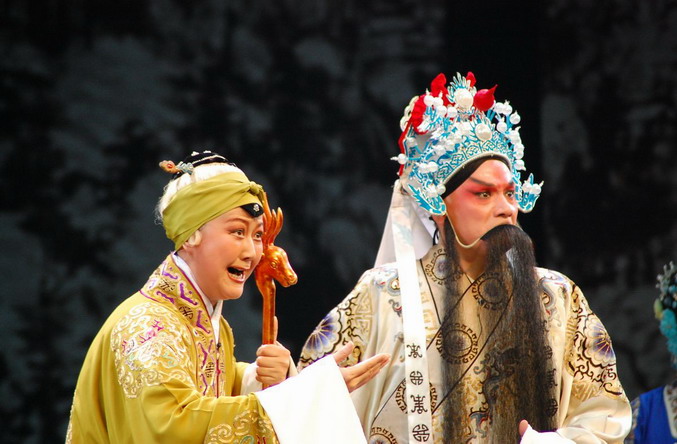