The collection of stores vary from the instantly recognizable, to the unique and intimate, providing you what you would expect, whilst at the same time offering something fresh and exciting just around each corner. Here you will also find several flagship stores. 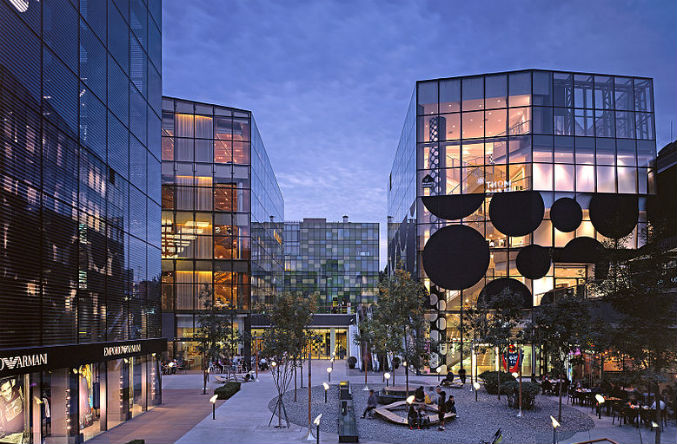 Taikoo Li Sanlitun North is home to an exclusive selection of creative luxury designers, housing some of the world’s most prominent and exciting names as well as leading local designers – all of this held within a thoroughly modern take on the traditional siheyuan, open-air courtyard housing of Beijing.

You won’t want to miss the Emporio Armani China flagship spread over five floors providing the latest looks from the Italian fashion giant. If the local design is what you’re after then head down to multi-brand store Brand New China, stocking all the latest and hippest Chinese fashion and product designs.

Other major stores include I.T and Miu Miu. There is also a Lululemon store and Puma Black Store here. 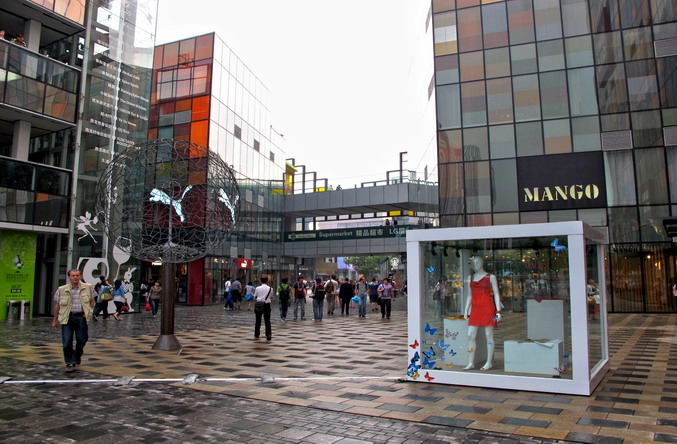 Dining at Sanlitun Village North is a more sophisticated experience for the discerning diner. Stepping out here to eat is an entirely different culinary experience.

On the fourth floor, there is the bar Infrarouge which also features French dining on it’s lower floor. On level one in the Opposite House there is also Mesh lounge and bar.

See here for more about The South District Of Sanlitun Village.

There is a 5 star hotel located on-site being the excellent Opposite House. Other nearby picks for hotels are CHAO Sanlitun and the Intercontinental Sanlitun.

What can you get there:  jewelry,  cosmetics, household goods, fashion clothes, watches,  office supplies,  electronic goods and much more.

Nearby Hotel Pick: Intercontinental Sanlitun or the Opposite House

How to get there:  Metro Line 10, Tuanjiehu Station

More things to do by type

More things to do by location

More things to do by nearby Subway Station